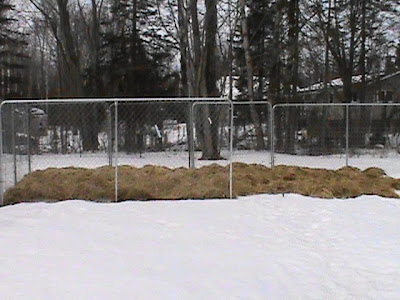 Last week I mucked out the birthing stall in the goat barn and put all the "stuff" on the snow that covers the garden. It seems the goats really waste a lot of hay. 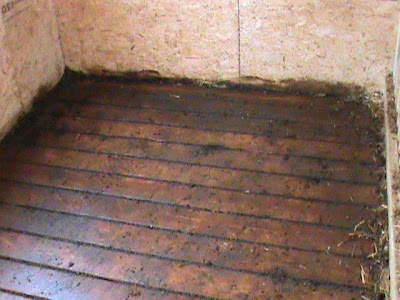 Today the Commander mucked out the stall that the sheep sleep in, he told me that it was a mushy mess. Both Barn doors and the windows were open today in hopes of airing things out a bit and helping it dry. (When the sheep were put up tonight the stall door was closed but when the Commander checked on them to see how they were getting on in their new sleeping area he found 3 of them inside the mucked out stall. The must have jumped over the railing, and Jeepers and Gardenia are hugely pregnant! He left the stall door open after that.) 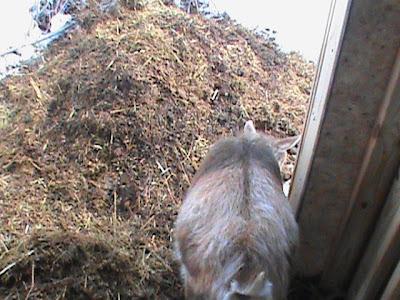 Chip was not impressed by the pile of sheep poo stacked outside the door. The Commander couldn't haul it off anywhere because the snow was too deep and slushy for the wheelbarrow. 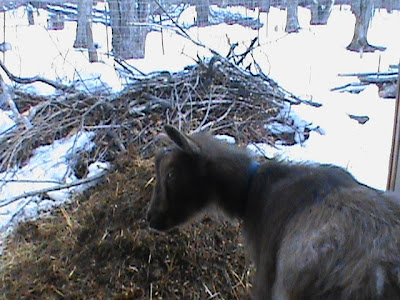 Chip didn't like the smell of sheep poo one bit! 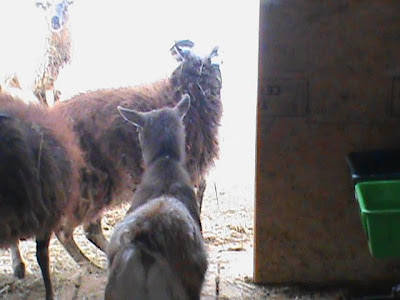 The sheep were curious about what was going on inside their barn but Chip wasn't about to let them get by him. 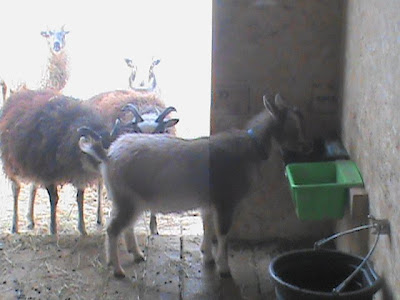 After running off the sheep Chip tried a bit of baking soda in an attempt to clear his nose of the smell. 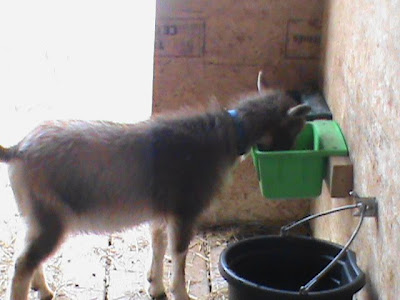 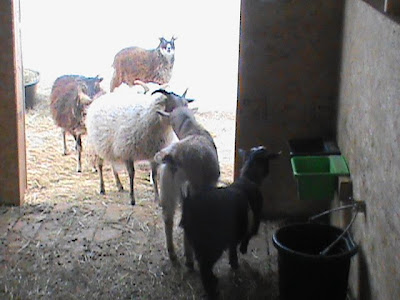 "Quick Gidget, come over here and eat some of this while I hold them off!" 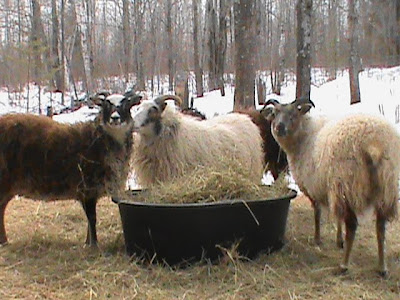 The sheep gave up trying to get past Chip and went back to eating. 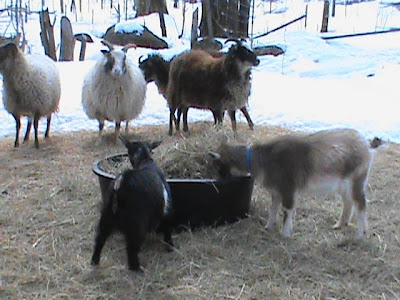 Of course Chip and Gidget had to try some of the hay that the sheep were eating, just in case it tasted better. 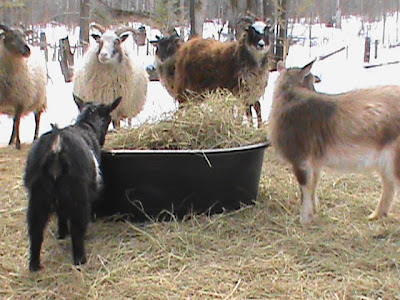 The sheep weren't happy but being good hostesses they let Chip and Gidget help themselves. 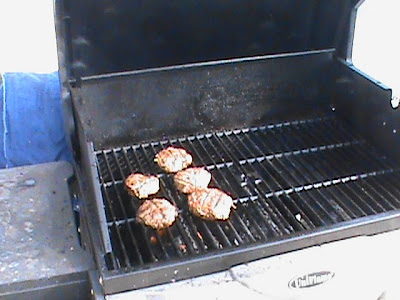 It was 41*F today and we had hamburgers on the grill, they tasted like sunshine!
Posted by Chai Chai at 7:00 PM