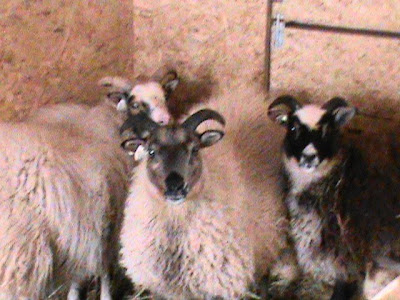 The supplies arrived just in time as I think Jeepers (left) and Gardenia (middle) are about two weeks away from their delivery date. Two weeks prior to the birthing is when I wanted to give the girls their CDT shots. Jeepers was very heavy with lamb(s) as was Gardenia. This is the second lambing for Jeepers so I'm hoping for twins, I think as a first timer and for how round she is Gardenia is going to have a one large lamb. I am told first timers almost never twin. 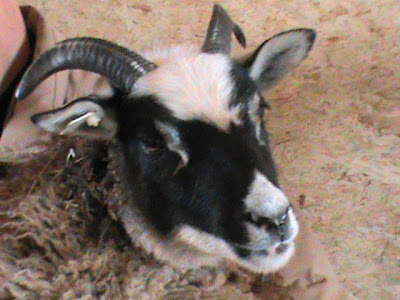 We took this opportunity to not only give the girls shots but to also trim their hooves and administer some knit killer. Kia didn't enjoy the process one bit. She had a little belly but no where near as big as Jeeper's or Gardenia's, since she is also a first timer I can't tell if she is pregnant or not. An examination of her udder told me nothing, I'm not sure if sheep bag up like goats or not prior to lambing. 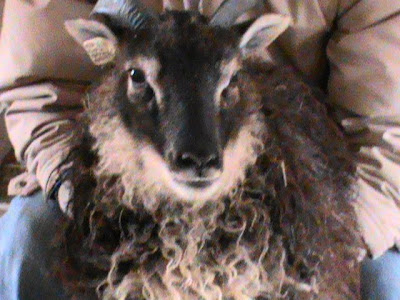 Orchid is our smallest ewe and she too showed no overt signs of pregnancy. She had a little tummy but nothing that struck me as an obvious pregnancy. I talked with the breeder and she said that some first timers barely show, I hope she is right. Maybe Orchid and Kia were impregnated later in the season, Lord knows Alder (Wild Man) did his darnedest to hold up his part of the bargain.
Posted by Chai Chai at 5:31 PM