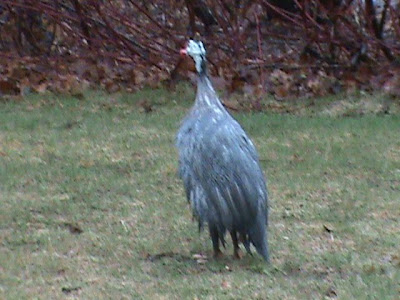 Yesterday the weather was just gorgeous, today all it did was rain. 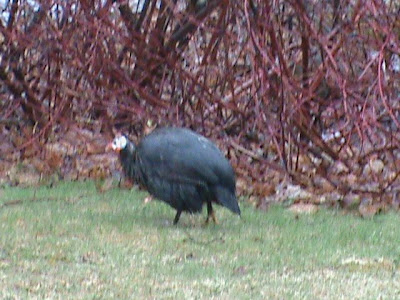 The rain didn't stop the Guineas from making their routine patrols of the yard. I guess instead of searching for bugs they settled for worms. 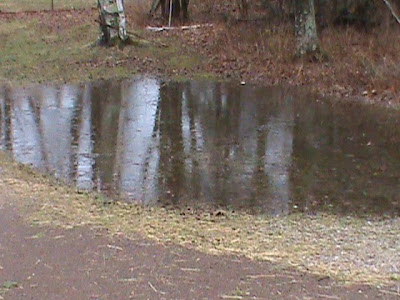 It rained all day and it rained really hard. There was no puddle here yesterday, the whole yard was flooded. 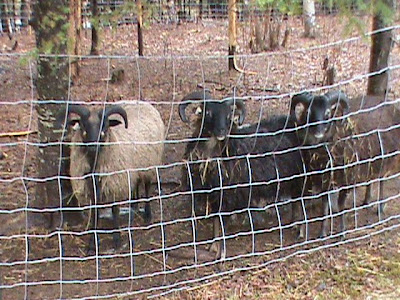 The rams hate the rain, they only leave their tent if they think I'm going to give them some grain. Killarney always tries to slip his head through the fence when I approach with food. He has gotten his horns stuck a few times and I have had to free him. The other day the Commander told me he found Killarney's boy Albion in the barn with his head stuck between the stall bars, unfortunately it seems that the stupid gene may be hereditary. The rams horns are really looking good don't you think? 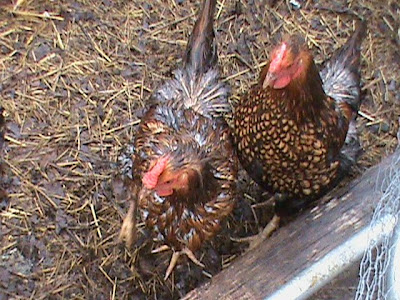 The chickens spent all day out in the rain, I have no idea why they didn't go back into the coop or at least under it. They hens were all soaked and with their feathers showing wear they didn't look to good. 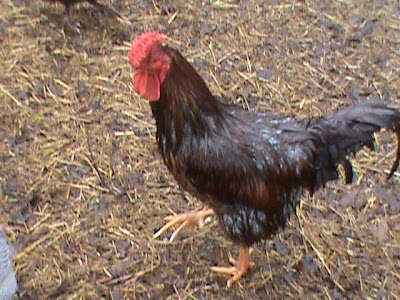 I blame Leopold for giving the girls a little too much attention. You would think a rooster would know enough to get his girls in out of the rain, or at least seek a bit of shelter himself!
Posted by Chai Chai at 8:45 PM