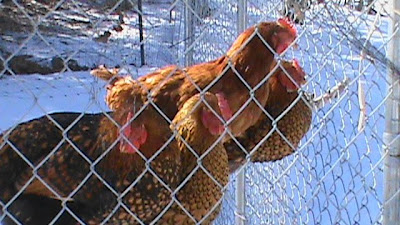 This has been a very mild winter but since the guineas outnumber the chickens they own the coop when it does get cold. That means the chickens spend a lot of time on the perches exposed to the weather. 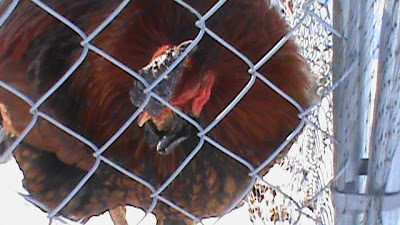 Last year Leopold spent most of the cold days inside the coop, but since he was on the losing end of a fight with the guinea boys he has been outside with the girls.

When the fight with the guineas was finished Leopold was covered in blood, his comb was bleeding and heavily pecked. A lot of the blood trickled down onto the flap thingies hanging from his cheeks, I think this was the cause of his horrible frostbite. 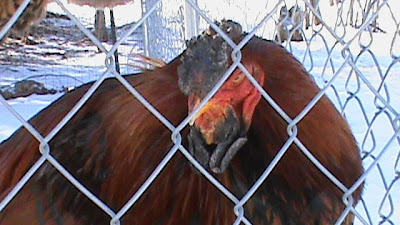 Last year he had a few black specks on his comb but this is horrible. I don't know if this can kill him or what, I just hope it stays warm. The frostbite he had last year healed up just fine but it was nowhere near this bad, I can only hope at this point.
Posted by Chai Chai at 4:18 PM