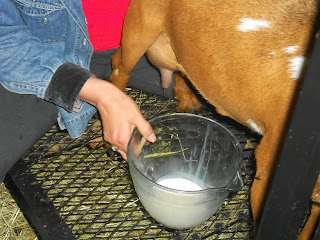 I have been milking three goats twice a day for a few weeks now and the novelty of milking has worn off.  I enjoy spending time with the goats but I'm not sure my poor cramping hands can take it. 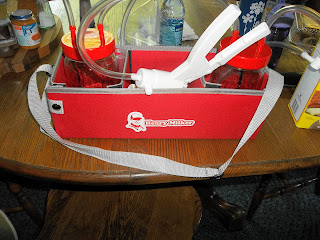 The Commander wanted me to get a milking machine so I did some research on the web and found that the Henry Milker was getting great reviews.  I decided to give it a try and I even splurged and got the advanced version, it milks two teats simultaneously. 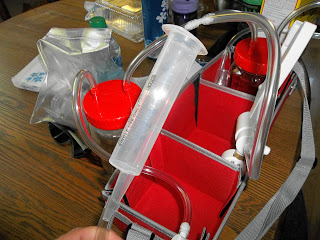 It really is a simple design and is quite easy to use - it came with a three page instruction manual.  The milker caps fit my mason jars so I was set to give it a try. 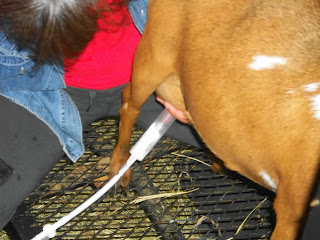 Addison, my best milker, was easily hooked up and milked in no time flat!  Her teat orifices were such that the suction filled the feed line and the teat cup almost immediately.  She was totally dry in less than two minutes. 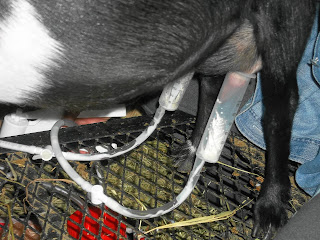 One of the reasons I got the milker was because Gidget had smaller teats and orifices so she was difficult to milk.  She now gives almost as much milk as Addison and she enjoys the suction cups much more than hand milking.

I highly recommend the Henry Milker.  It is easy to use and works like a champ.  The time savings is incredible and I am once again enjoying spending time with my girls during the milking process.
Posted by Chai Chai at 6:48 PM