What do Chickens do during the Winter? 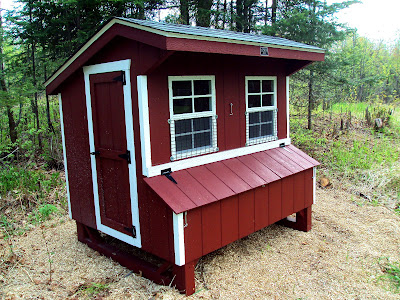 The Commander went out to close the Coop last night and discovered that the Guineas had not gone in, but were settling down outside in the rain. He caught them one by one and put them away. This got me thinking, why would the guineas not go into the coop even though it was raining? Could the rooster have kicked them out? 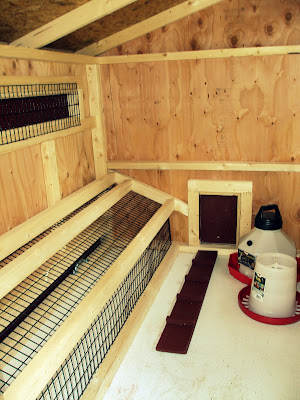 This is the inside of the coop, there is room for all the chickens and guineas to bed down at night but what happens during the winter when it can get as cold as -20 degrees? Do chickens and guineas go out in the snow during the day? Are they still fed outside? If they don't go outside is this too little room for them? (I have 10 guineas and 9 chickens)

What do you do with your chickens and guineas during the winter?
Posted by Chai Chai at 5:06 PM