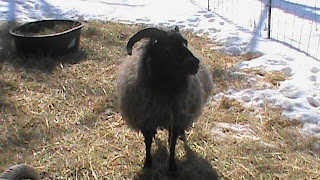 Lara? Definitely, she is huge and I'm expecting at least twins. She is due early April. 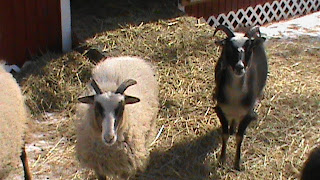 Kia (right)? Nope, when she got sick we were lucky to keep her alive let alone maintain her pregnancy.

Ava (left)? I don't think so, but when we give CDT shots next week I'll give her a good once over. Both Ava and her mother Kia were very leery of Ironwood and his mean ways so I think they were able to keep their distance from him. 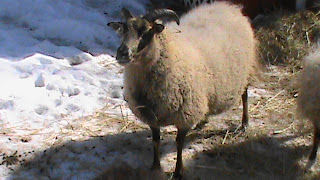 Gardenia? I think she is sporting a healthy bulge. I was hoping for twins this year but I will be happy with a healthy lamb. Gardenia could be due as early as 28 March but I think she will hold off into April. 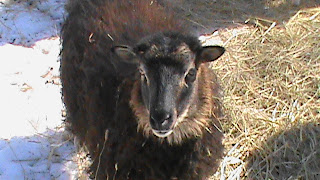 Azalea? I thinks so but I will need to check her out once she gets her shots next week. Azalea has always been a bit chubby so she is hard to gauge. Like Gardenia she could give birth this month but if she does lamb I hope it is in April. 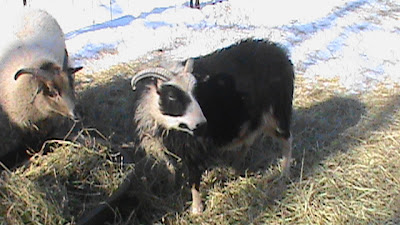 We attempted to breed Zoe late in the season and she won't be due until early June if at all - too early to tell now. 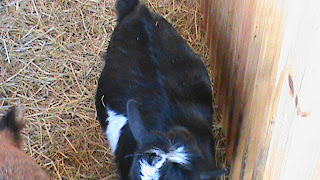 Gidget? Yep, she is huge and bursting at the seams. This is her first time and I'm worried at how large she is going to get. She is due the 9th of May, I'm thinking at least twins. 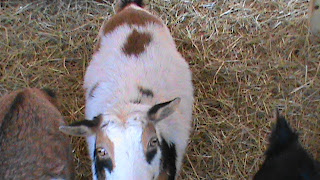 Becca-Boo? Yep. This is her second go round and she doesn't look too big yet (compared to Gidge). I'm hoping she has a single kid and she too should deliver May - I'm thinking the 12th. 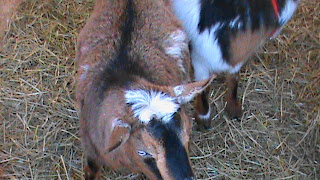 Addison? Yep, she hasn't been in heat for months. I thought she would be the first to kid but Gidge may have beat her. Addy is also due May 9th and she hasn't gotten too large as of yet. I'm hoping for a buck and a doe from Addy because she is such a good milker.
Posted by Chai Chai at 11:06 AM