The Barn is Fine 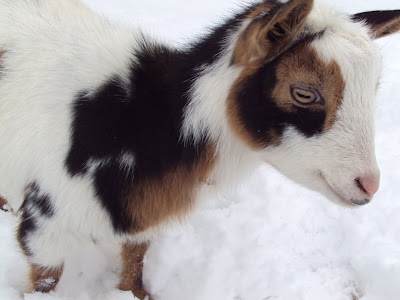 The goats don't go outside much now that there is snow on the ground. I really like how shaggy their fur has gotten, isn't Becca Boo cute? 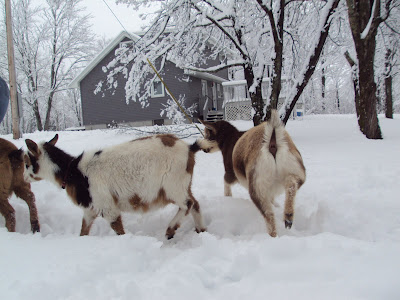 When I opened the door the other day the goats took off like they were on a mission. 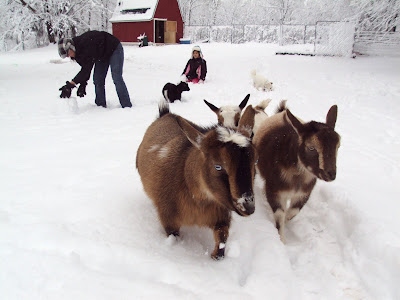 It was strange because they ignored the snow even though at times it was up to their bellies. I was curious as to what they were up to, and it soon became obvious. 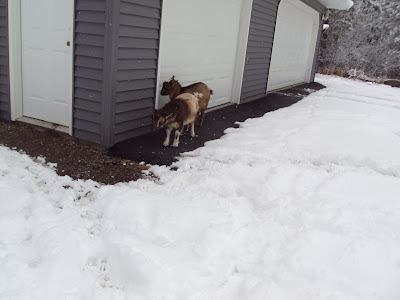 They wanted into the garage! They could have wanted the grain that was stored in there but I think they wanted in the garage because they think it may be warmer. "I'm not letting you in, the barn is fine!"
Posted by Chai Chai at 1:03 PM