I Smiled all the way Home 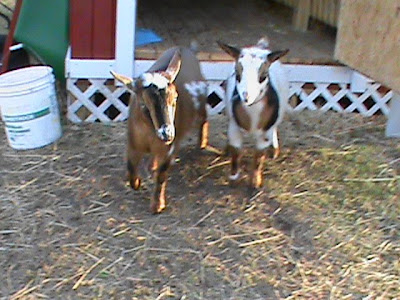 I picked up Addison and Becca Boo after the breeder called and told me to expect "kids" around April Fools day. They were a bit stinky after having spent a week with a handsome buck, but I was so happy to have them home. 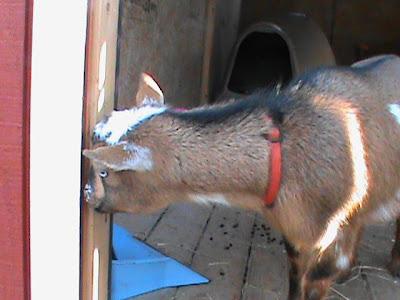 Addison checked out the barn to make sure nothing had changed, now that the Queen is home things have to be just so. 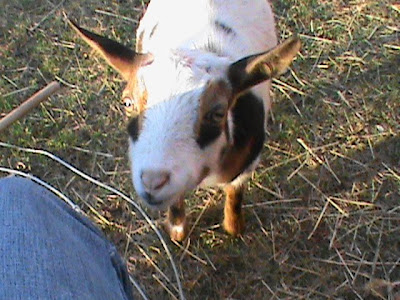 Becca Boo seemed very happy to be home but she was so dirty. I had to take a few baby wipes to clean up her white fur. 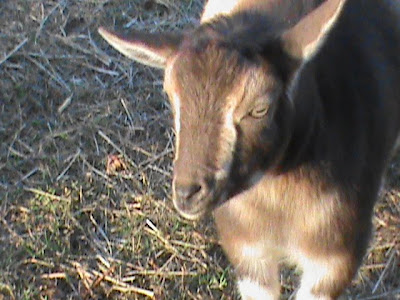 Chip was so excited that he started to make his strange noises and clicking sounds to get the girls attention. Everyone had to reestablish the "pecking" order so Chip immediately challenged Addison and Becca for dominance. Addison ended up as Queen again, once that was established the others calmed down. 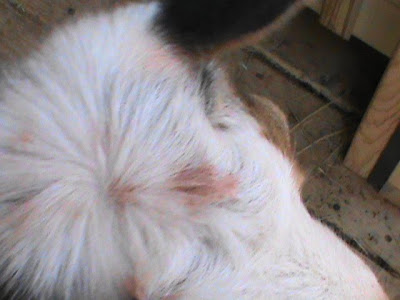 I saw blood on Becca's head and was worried until I realized it had come from Chips scurs. If I hadn't read about Reggie's scurs over at Critter Farm I would have been mortified. I cleaned the blood of Becca's head and put some blood stop and neosporin on Chip and everyone is one big happy family again, until April 1st!
Posted by Chai Chai at 10:08 AM