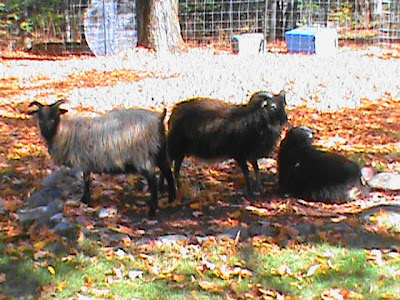 Do you remember the game Mystery Date? Well, the girls got ready yesterday and the boys did the same today. I lured the rams into the hillbilly sheep shed with some grain, and quickly closed the kennel door. The Commander went in to get them one by one and it was a bit frightening at times. Alder panicked immediately and rammed his head into the door space. Fortunately I was holding it and he was stuck, our first volunteer. The next time the Commander went in Killarney went crazy and ran full speed into a kennel panel.

We had Sara stand right by the rams as the Commander held them, it seemed to settle them down a bit. Each boy had his hooves trimmed, got a dab of wormer and pro-biotics, and had some "knit" killer spread into his wool. I checked their eyes for worm induced anemia and they all looked good, and they had no knits that I could find. The Commander said that the rams were a lot stronger than the girls. I can't imagine doing this with full sized sheep unless we had the proper restraint equipment. 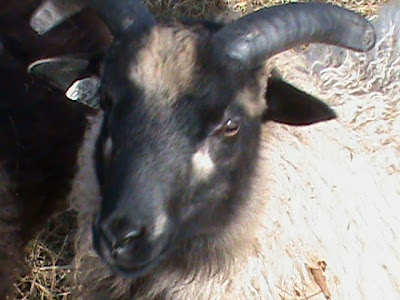 This is Alder, his most redeeming breeding trait is that he carries the triplet gene. He is the second largest and has show some breeding interest. 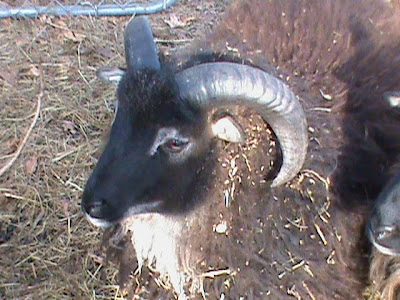 Ironwood has incredible horns, but he is the smallest of the rams. 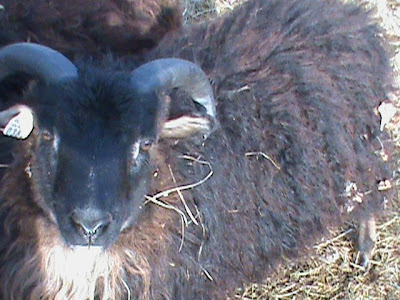 Killarney is the largest, and carries the "polled" gene. He also seems to be the least afraid of us, and if he gets too friendly he will have to be culled. A friendly ram can be dangerous. With that in mind I decided to give Killarney the opportunity to meet the girls first, as he may not be around long. 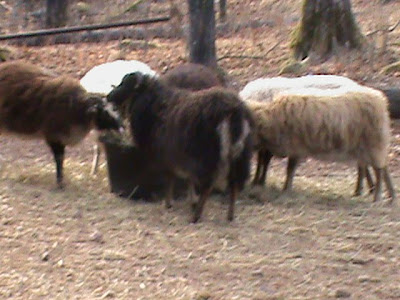 Being a gentleman, the first thing Killarney did was take the girls out to dinner. 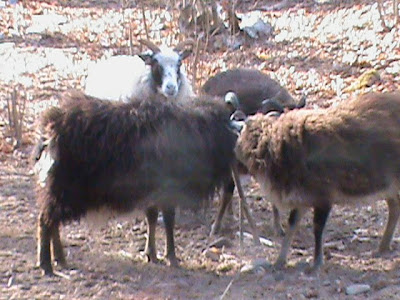 After dinner he took the time to reintroduce himself to everyone. I'm not sure if he knows what he needs to do, but I will be watching him closely. I know that the girls have been in season because I've seen the boys do that upturned lip thing that male sheep do. I don't have any pictures of my own but there are some great ones over at Kenleigh Acres.