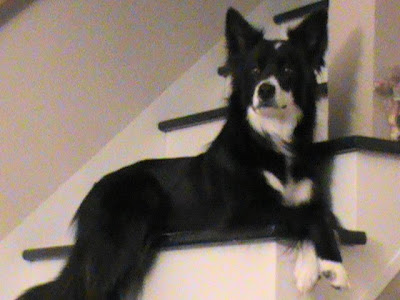 "Did someone say Let's go outside?" Sara LOVES the snow! 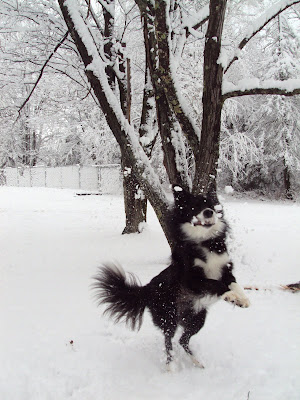 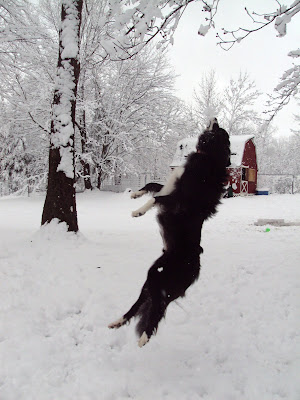 She is so acrobatic, and when the snow gets deeper she will burrow down into it and tunnel like a mole. 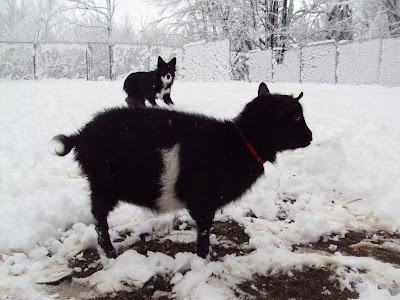 Gidget has had enough of the snow and wants to go back inside, NOW! 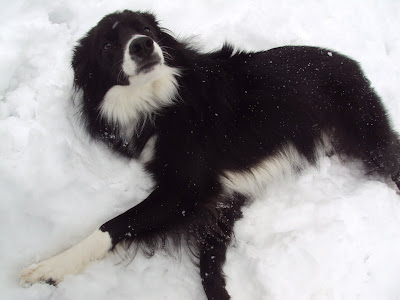 Sara on the other hand refuses to come in, and lays down in hopes I won't get the Commander to carry her in. "It's the most wonderful time of the year...."
Posted by Chai Chai at 4:25 PM